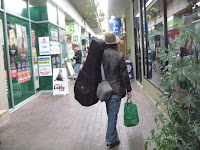 The land of cotton, the Mississippi Delta, has been calling me for years.  Songs, movies, and stories have reached out across the ocean, sometimes in a whisper, but often in a roar, saying, "Come on down south and get your blues on."

So, after a number of visits here to see if the imaginary blends well with what is real, I have decided to call this part of the world a partial home.  Mississippi is the self-declared birthplace of American music. From Clarksdale, Mississippi, where I am writing this, you can drive 4.5 hours to Nashville, 1 hour to memphis, 4 hours to New Orleans, with plenty of fun in between. 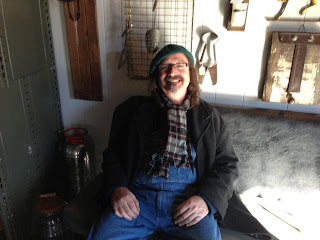 People from all over the world come to visit Clarksdale, the birthplace of the blues and home to the crossroads where Robert Johnson was said to have sold his soul to the devil in order to play the way he did.

My partner, Carla, and I have purchased an old Masonic Temple, together with three shops, in the historic central downtown blues district area of Clarksdale, and we are beginning the task of revitalising the building to help bring back life, jobs, and vibrancy into the downtown section, that, over the years, has fallen on hard times. 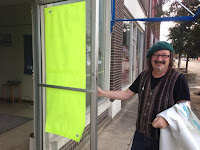 Once the "golden buckle on the cotton belt," Clarksdale was a wealthy centre of commerce, but farm mechanisation combined with changes  brought about by civil rights, saw a mass migration to states further north, who promised better pay and living conditions.

The appeal here is that it's real, not some made up theme or decorative element that brings tourists.  People come here on pilgrimages to pay their respects to musicians who've passed on, and to soak up the rich, yet harsh landscape of the Delta. 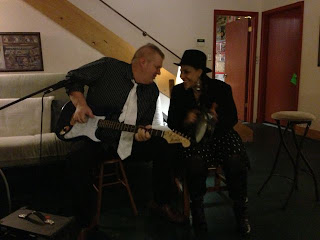 It's great to be involved in a town's regeneration, bringing energy and passion to the table.  This is not without its difficulties, but it's worth the effort.  The last 10 years has seen some major changes to a town in decline. Interest in the blues, and what has grown from its roots, has helped spread the word to the world that it's an art form worthy of seeking out and learning from. 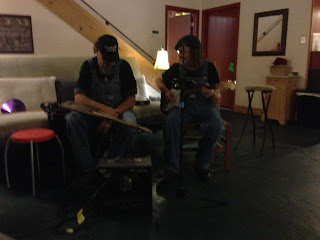 I am doing a bit of playing out, but I'm also enjoying hearing others play each night of the week, less than 100 metres from my door in any direction.  Small juke joints, artists' lounge rooms, bars, and clubs that support live, local, music are keeping the blues alive and well, and I am happy to be part of that in some small way.